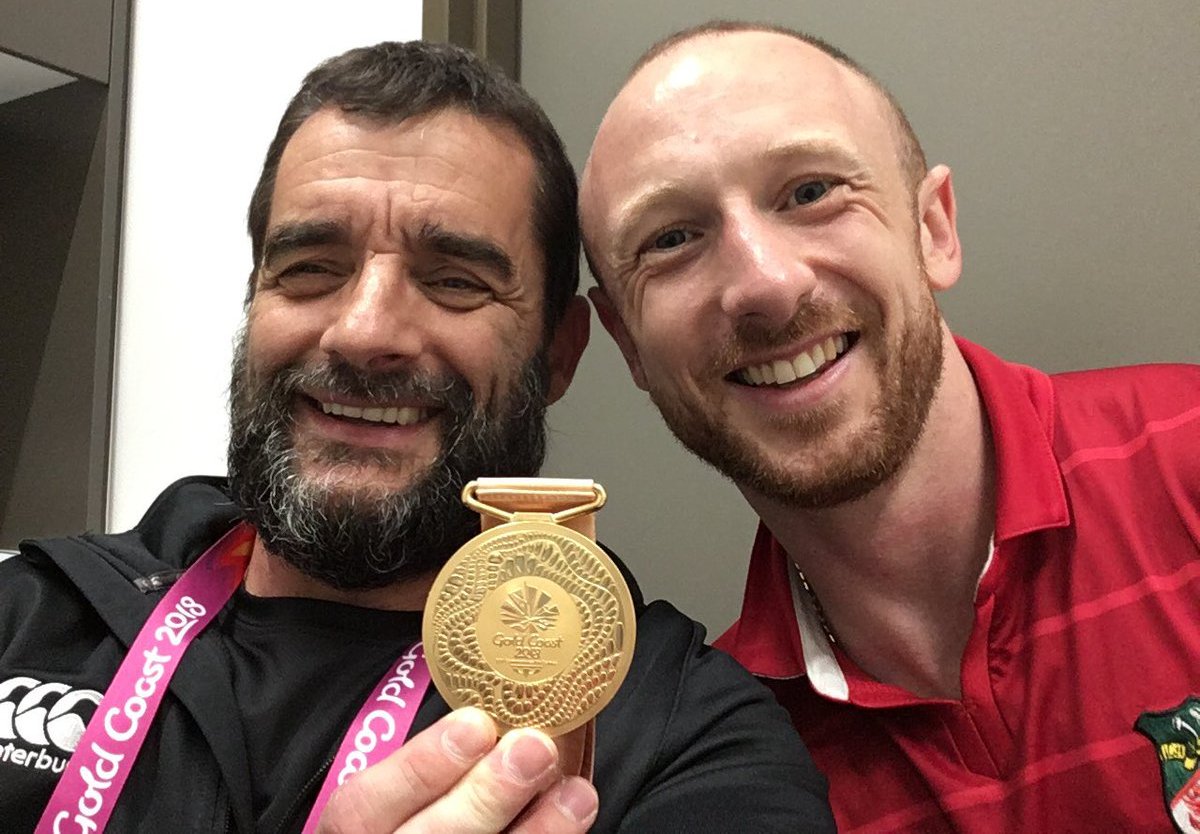 Wales joined an elite band of nations who were able to toast a happy 21st anniversary to the Commonwealth Games on the Gold Coast.

Team Wales were in on the ground floor of the Games when they sent two swimmers, Valerie Davies and Paulo Radmilovic, to Hamilton, Canada in 1930. Wales were one of 11 nations at the inaugural event and are one of only six teams to have been present at every Games since then.

Wales currently sit in 10th place on the all-time medal list with 270 medals – 57 gold, 86 silver and 127 bronze. They have been won by some of the country’s greatest sportsmen and women and four years ago the team that went to Glasgow returned with a record medal haul of 36.

These days there are professionals and full-time athletes mixed in with highly talented, sports living amateurs. But one thing hasn’t changed – the desire to compete for Wales at the Commonwealth Games. It remains the pinnacle of success for the bulk of Wales’ top sportsmen and women.

The pride and passion to be a part of Team Wales burns brightly all over the country. This year’s team is no exception. Welsh hammer record holder Osian Jones, netball skipper Suzy Drane and boxer Billy Edwards all come from the north, marathon man Andrew Davies is from Welshpool, hurdler Caryl Granville from Carmarthen, race walker Heather Lewis and boxer Mickey McDonagh hail from Pembrokeshire, cyclist Rachel James is from Abergavenny, cyclist Steve Williams and shooter Coral Kennerley are from Aberystwyth, bowler Jess Sims and athlete Tom Marshall are from Llandrindod Wells and the major cities in the south, Swansea, Newport and Cardiff are hotbeds of team members.

You can trace a Welsh influence all the way back to the founding of the Commonwealth sporting jamboree. In 1891, the Rev. John Astley Cooper wrote to The Times proposing a ‘Pan Britannic-Pan Anglican Contest and Festival’ to take place every four years with the aim of ‘increasing the good will and good understanding of the British Empire’.

Although born in Adelaide, Rev. Cooper, an Oxford graduate, had a Welsh mother from Denbighshire. It took another 39 years for his dream to become reality, the first British Empire Games being staged in Canada six months after his death in 1930.

Those first games featured 400 athletes and Wales picked up two silver medals and a bronze – all three medals won by a teenage swimming sensation who took her first strokes in Roath Park Lake. Valerie Davies was coached by Wales’ first female Olympic gold medallist, Irene Steer, and won her first Welsh title at 12.

By 15 she was winning European titles in the Great Britain team and after her three medals in Hamilton she went on to win two bronzes at the 1932 Olympic Games and then another silver in the second Commonwealth Games in 1934.

There were plenty of other Welsh athletes who won medals in Hamilton, but as part of the England team. Howard Ford, born in Hawarden, struck silver in the pole vault, Reg Thomas won silver and gold in the 800 and mile races and there were two more gold medals for the Welsh oarsman Hugh Edwards in the men’s eight and fours. Cardiff-born lightweight boxer Albert Love won a bronze medal.

So, Wales made an immediate impact on the Commonwealth Games and numbers and medals rose over the years. There were six medals in London in 1934, with Davies winning another one in the pool, but it was until 1938 in Sydney that Wales had its first golden moments at the Games.

Wales sent a team of four to Sydney – a butcher’s delivery boy, student, factory manager and apprentice fitter – and they spent three months on a boat getting there. Every two weeks they would stop off for training.
Barry boxer Denis Reardon was allegedly the fifth choice to go on the trip, but the only one who could make it.

Just as well he did because he made Welsh sporting history at Rushcutters Bay Stadium on Thursday, 10 February, 1938, by becoming the first person in a Welsh vest to win a gold medal at what was then the British Empire Games.
Reardon found himself fighting the Swansea-born, ABA Middleweight champion of 1937, and the clear favourite,
Maurice Dennis in the final. The Welshman upset the odds and wrote his name into history. A day later, Cardiff University graduate Jim Alford won the mile race at Sydney Cricket Ground.

In those days, stories of the sacrifices the Welsh performers had to go through to reach the Games were legendary. Reardon was an apprentice at Curran’s engineering factory in Cardiff and his workmates had a whip round to raise funds to help him go.

Cardiff cyclist Reg Braddick was also on that trip and was right up with the leaders in the road race until he had a puncture. He couldn’t afford a spare wheel, so his medal chances were lost.

Fast forward to 1982, and another legendary Cardiff sportsman, the Olympic race walker Steve Barry. He smashed the
Commonwealth 30 kilometre record as he won the gold medal. His training was interspersed between his five day a week job as a plasterer.

Howard Winstone was Wales’ only gold medallist when they hosted the 1958 Games in Cardiff, striking gold in the ring at Sophia Gardens. Still a teenager, he had been working in a toy factory in his native Merthyr, but immediately declared he would be turning professional after beating Australian Ollie Taylor to gold in the bantamweight final.

Tales of ordinary people training to do extraordinary things, inspired to represent their country by pulling on the red of Wales.