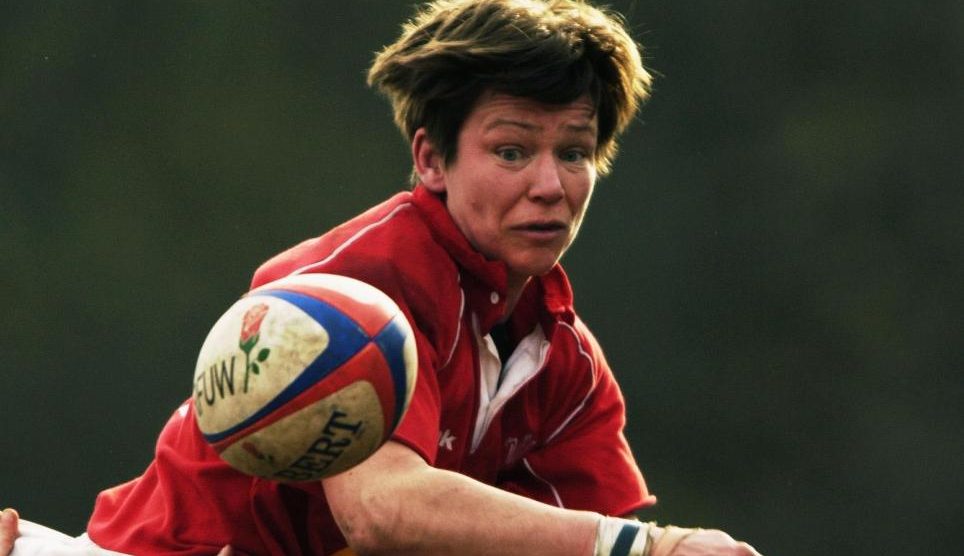 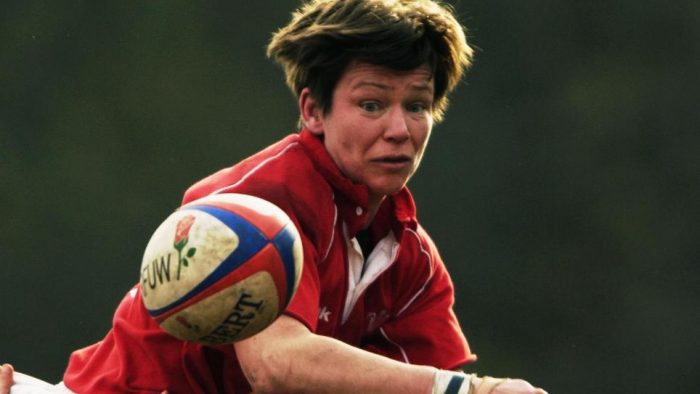 Liza Burgess will find herself among exalted company next month when she is added to the World Rugby Hall of Fame.

The former Wales No 8, captain and coach has been named as one of five legends of the game who will be inducted into her sport’s most exclusive Hall of Fame at Rugby on 12 September. Joining her will be Stephen Larkham (Australia), Ronan O’Gara (Ireland), Pierre Villepreux (France) and Bryan Williams (New Zealand).

She will be Hall of Fame inductee No 142 and will become the first Welsh women’s player to be honoured in such a way. She becomes the 20th Welsh rugby addition and the 10th female player.

The World Rugby Hall of Fame presented by Tudor recognises those who have made an outstanding contribution to the game of rugby throughout their careers, while also demonstrating rugby’s character-building values of integrity, passion, solidarity, discipline and respect.

Known to her playing colleagues simply as ‘Bird’, Liza captained Wales in their first international against England in 1987. She won the last of her 87 caps 20 years later and can also add six appearances for Great Britain to her tally prior to the Welsh team being formed.

Born in Newport, she learned to play rugby at Loughborough University, where here first coach was fellow Hall of Famer, Jim Greenwood. After leaving university she got a job teaching in London and linked up with Wasps before moving on to Saracens.

It was while she was teaching in Dagenham that she encouraged another Hall of Famer, Maggie Alphonsi, to take up rugby. In 1989 she was one of the founder members of the Saracens club and she later led them to the first women’s treble – league, cup and national sevens titles – during a 10 year stint at the club.

When she moved closer to home to teach in the Bristol area she ended her playing days at Clifton before moving into coaching. She became the Wales Assistant Coach, specializing in the forwards, in 2008, the year after hanging up her boots at international level, and also became head coach to the Wales Women U20 side.

“The World Rugby Hall of Fame importantly acknowledges and celebrates the true legends of the game, celebrating those who have made outstanding contributions throughout their careers while embodying rugby’s values,” said World Rugby Chairman and Hall of Fame inductee Bill Beaumont.

“On behalf of the rugby family we would like to congratulate this year’s five new inductees, Stephen Larkham, Ronan O’Gara, Pierre Villepreux, Byran Williams and Liza Burgess as they are recognised and honoured for their immense contributions to rugby.

“Each have left their mark on the sport and through their achievements and character, inspired millions to play and support rugby worldwide, and we look forward to honouring them in the coming weeks.”

O’Gara, Villepreux, Williams and Burgess will attend the prestigious event, which will celebrate their careers and contributions to the game. Larkham, due to his involvement in The Rugby Championship, will receive his accolade at a special ceremony on 17 August in Sydney, the day before Australia’s Bledisloe Cup opener with New Zealand.
For more on the World Rugby Hall of Fame, visit www.worldrugby.org/halloffame