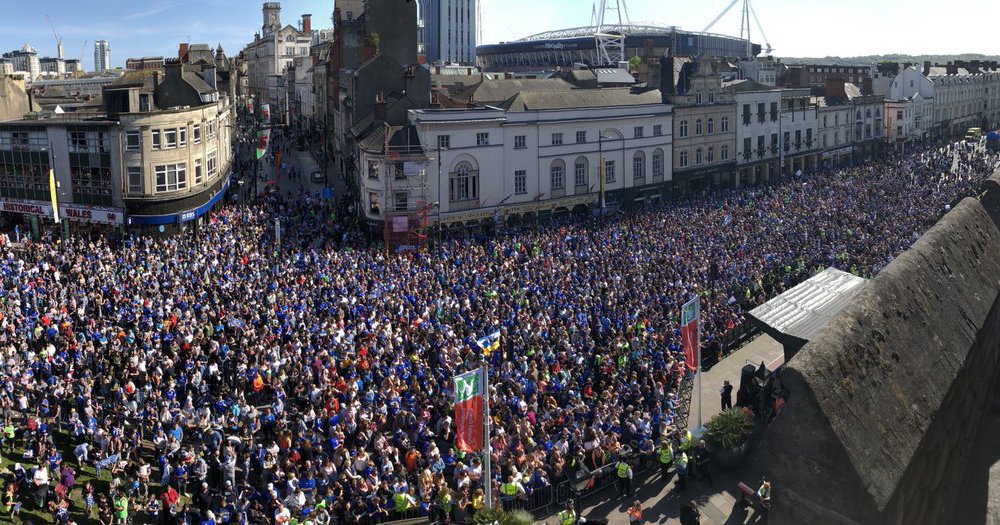 Neil Warnock says he is setting his sights on a new target next season after securing a record eighth promotion with Cardiff City – playing in Europe.

The 69-year-old told thousands of City fans at the city centre promotion party that having beaten the odds of 33-1 to even get into the play-offs this season, he wants to do the same when he returns to the Premier League.

“Not one of you lot thought we’d get promotion at the start of the season. And there probably aren’t many of you who think we’ll survive next year either,” Warnock told the crowd outside Cardiff Castle.

“I’ve got my eighth promotion, but I’ve never been in Europe yet. So how many will say no chance?”
Warnock took Notts County, Sheffield United and QPR into the top-flight prior to Cardiff City, but never managed to stay up. But he’s pledged to put up an almighty fight next season.

“We’ve been kicked up and down dale, been written off that many times, but we’ve always come back and surprised everyone in the league,” added Warnock.

“We are going to have a good summer, work hard and we’re going to bring other lads into the club. We need four or five quality players and we are going to give it our best shot next season.

“Staying up is the target. We’d love to be as high as we can, but first things first – we’ve got to survive next year, try to build and try to entertain.

“When you look at days like today you realise what a big club we are – especially in Wales! But when we lose four on the trot next season I don’t want any chants of ‘Warnock out’. Just remember where you were when I first came here.”

Cardiff City will play in the Premier League for only the second time in their history, replacing arch-rivals Swansea City in the top-flight after their seven year sojourn ended with a 2-1 home defeat to Stoke City.