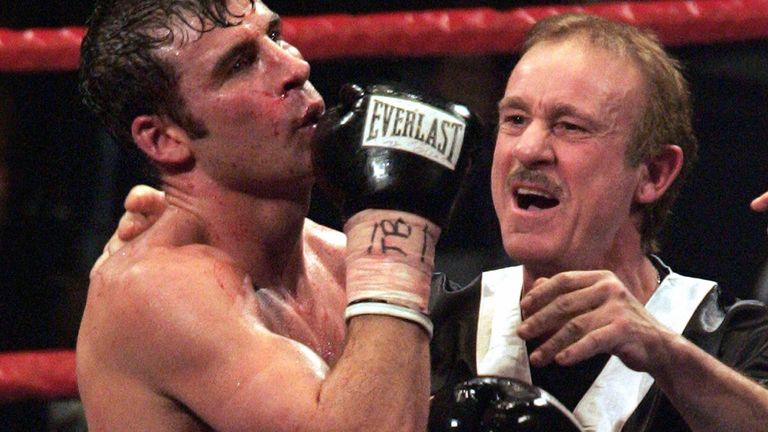 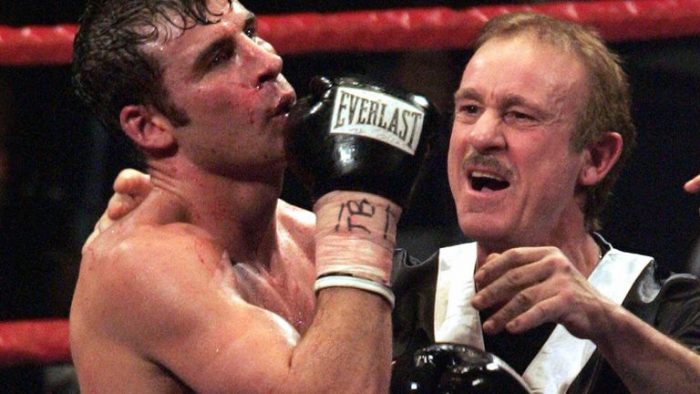 They were one of the greatest father and son acts in sport and between them, Enzo and Joe Calzaghe, conquered the world of boxing.

It was with great sadness that Wales and the sporting world heard the news that Enzo had passed away at the age of 69. In a statement today (Monday, 17 September) the Calzaghe family formally announced the sad news.

“The family are devastated to have to announce the death of our beloved Enzo. Joe and all of the Calzaghe family would like to thank the public for their well wishes and kind thoughts, especially the outpouring of support from within the boxing community,” said the statement.

“Enzo led an incredible life both inside and outside of the boxing gym and his loss is a devastating one for the entire Calzaghe family. We please ask that people respect our privacy at this difficult time.”

Born and raised in Bancali, on the Italian island of Sardinia, Enzo moved to Bedfordshire with his family after WW2. They returned to Sardinia, where Enzo played football and played in his uncle’s band.

He loved music and was an accomplished singer. More than anything, he liked an adventure and, after completing his national service in 1969, he decided to go busking around Europe.

His travels took him to Bournemouth, where he briefly worked in a cafe owned by relatives, before he met his future wife, Jackie, in Cardiff after a mix up with some train travel plans took him to the Welsh capital.

They were married within four weeks of meeting and lived in Sardinia and London before returning to Wales. They had three children, Joe, Sonia and Melissa.

The family home back in Wales was set-up in Markham and then Pentwynmawr. By now a bus conductor, Enzo continued to supplement the family income by playing in various bands with his brothers.

Life changed course when Joe was nine and being bullied at school. Enzo took him to the local gym, Newbridge Boxing Club, in a bid to toughen him up. The rest, as they say, is history.

Not bad for someone who had no coaching or boxing experience before he took his son to the gym. What they achieved together working out of a tin shack in Newbridge became the stuff of legends.

He was named coach of the year award at the BBC Sport awards in 2007 as well as Ring Magazine trainer of the year.
An MBE followed in 2011 and there is even a bridge named after him and son Joe in their hometown of Newbridge.

His life story, and sporting success, is now ready for a Hollywood film producer to turn into an epic. It was that kind of life – well lived and well loved.

The thoughts of everyone connected with the Welsh Sports Hall of Fame are with our Roll of Honour Member, Joe Calzaghe, and his family at this difficult time.