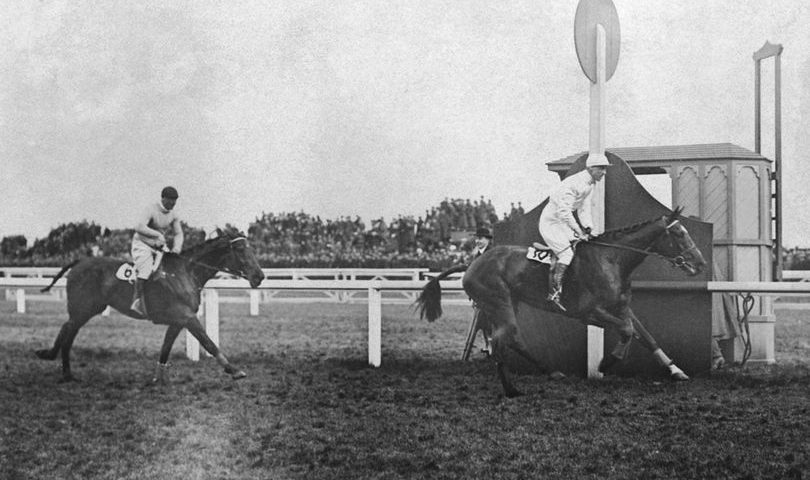 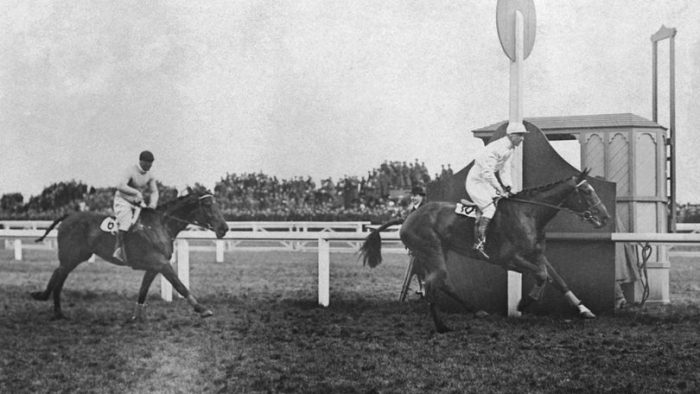 Jack Anthony is not a name that gets tossed into the conversation too often when you debate who is the greatest Welsh sportsman.

‘Jack who’ is more often the query when his name gets raised, but he was part of a pretty amazing family and on this weird and wonderful day, when the Grand National is being run as a ‘virtual race’ he deserves a mention.

A century ago he made it a hat-trick of wins in the big race at Aintree as he guided the Irish horse Troytown to victory by 12 lengths. The race, watched by King George V, was run in heavy rain and had a dramatic start as Poethlyn, the winner of the race the two previous years, fell at the first fence.

Born and raised on a farm in Llandefeilog, Carmarthenshire, Jack was the youngest of three jockeys who all rode in the Grand National. Between them they picked up 10 finishes in the top three and Jack was added to the Welsh Sports Hall of fame ‘Roll of Honour’ in 1991.

The Champion Jockey in 1914 (60 wins) and 1922 (78 wins), he retired from the saddle after his second championship and took out a licence to train. He sent out Easter Hero, the dual Cheltenham Gold Cup winner (1929 and 1930), and Brown Tony (Champion Hurdle). Easter Hero also finished second in the 1929 Grand National.

Ivor Anthony was fourth in 1906 on his debut in the Grand National and finished third in 1912, 1917 and 1918. He then went on to train the winning horse in 1933 (Kellsboro Jack) and 1937 (Royal Mail), both with Welsh jockeys in the saddle in Dudley Williams and Evan Williams. He also trained the winner of the Welsh Grand National on three occasions and was Champion Jockey in 1912.

Owen Anthony finished second in the Grand National on Irish Mail in 1913 and trained the 1922 winner, Music Hall, which was ridden by another Welsh jockey, Lewis Rees.

In 1914, all three Anthony brothers took part in the race. Jack was sixth, but both Owen and Ivor fell. They were some family, although Jack was the outstanding rider.

The first Grand National was in 1936 and the second winner was Henry Potts, who became High Sheriff of Flintshire and Denbighshire. He is credited as the first Welsh winner of the race.

‘THANKS BRO!’ – JACK ANTHONY’S 1915 GRAND NATIONAL TRIUMPH
Many of the sparse crowd at Aintree to see Ally Sloper and his 19 rivals race in the 77th Grand National on an icy cold day on 26 March, 1915, were dressed in uniform as Britain had been at war with Germany since the previous July.

But all the 21-year-old Jack Anthony was concentrating on as he donned Lady Nelson’s white and blue silks was how he was going to get the six-year-old Ally Sloper home over the fearsome fences of the day.
Alexander ‘Ally’ Sloper was one of the earliest comic strip characters, his debut dates back to August 1867 in the magazine ‘Judy’ a rival of ‘Punch’. ‘Ally’ was a lazy schemer, often found ‘sloping’ down alleys to avoid his creditors.

The horse named in his honour displayed none of his infamous traits, but his jockey did need a helping hand to win the day. Anthony already had one Grand National win under his belt, on the one-eyed Glenside four years earlier and had been crowned champion jockey in 1914.

He knew he was on one with a live chance, as the Aubrey Hastings-trained chaser had already won Becher and Valentine chases around the track and was well supported at 100-8.

There were plenty of early fallers and Anthony almost joined them when Ally Sloper banked the second fence, leaving his rider sliding down his shoulder. In the nick of time his brother Owen, who was alongside on Ilston, saved the day and hauled him back into the saddle.

Another terrible blunder followed, this time at the Canal Turn, and it looked as though Anthony and Ally Sloper were out of contention. But there weren’t many left in the field by Becher’s they were right in the mix.

All Sloper led at the last and went on to beat the outsider Jacobus by two lengths in a race that had only five finishers. It meant Lady Nelson became the first women to own a Grand National winner, winning the princely sum of £3,515.