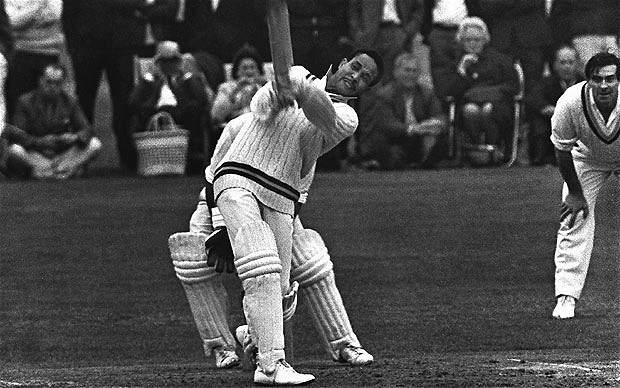 Great moments in sport often come along when you least expect them and sometimes the loser becomes synonymous with the winner.

There can be no greater example of that than 50 years ago today when Garry Sobers hammered his way into the cricket record books with his six sixes in one over for Nottinghamshire against Glamorgan at St Helen’s.

Ever since that incredible day on 31 August, 1968, Sobers has been remembered for his amazing feat, but the name of the unfortunate bowler, Glamorgan’s Malcolm Nash, has remained entwined with the story.

Just as Sir Garry – the great West Indian was later knighted for his services to cricket – achieved sporting immortality, so, too, did the Abergavenny-born Nash. He bowled 55,380 balls in 336 first class matches for Glamorgan between 1966-1983, but it was those six in Swansea that are never forgotten.

In his recent book, ‘Not Only, But Also – My Life in Cricket’ (published by St. David’s Press) Nash tells the story of that historic day as well as recounting the life of a county cricketer in the sixties and seventies. If only Roger Davis had not fallen over the boundary rope!