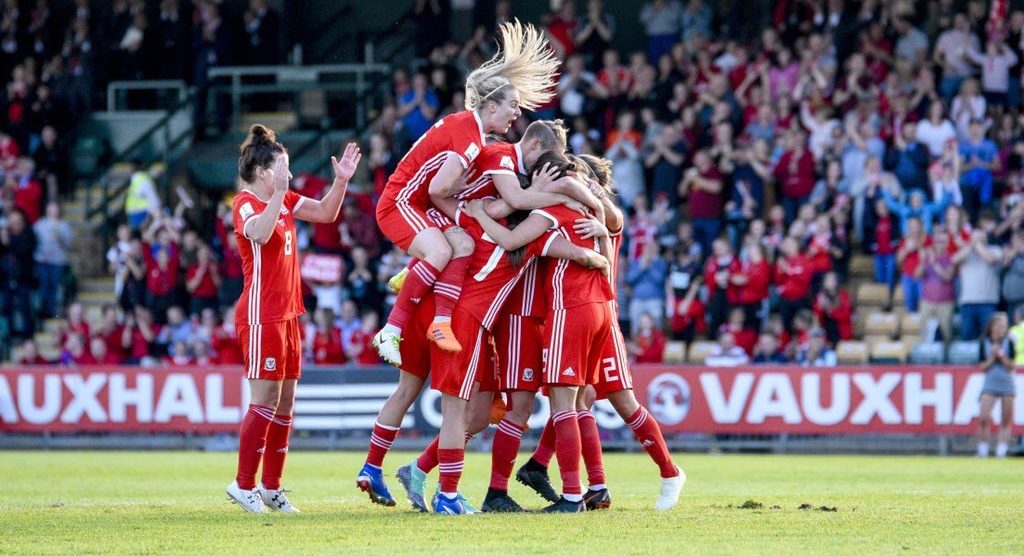 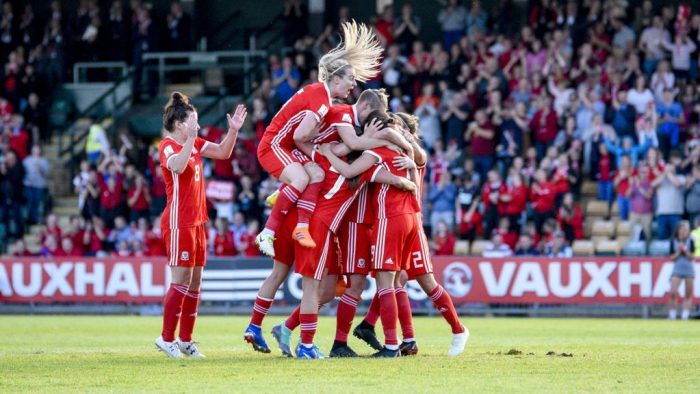 Jayne Ludlow’s Welsh team are one win away from qualifying for the Women’s World Cup finals after a brilliant 3-0 win over Russia at Spytty Park.

All they have to do now is make home advantage pay against England on 31 August to top their pool and go through to the finals in France. ‘Mission Impossible’ is looking increasingly possible!

Check out the reaction of 110 cap Jess Fishlock

The venue for the winner-takes-all fixture against the auld enemy has yet to be decided, but Ludlow wants “somewhere noisy”. Her team also deserve a big crowd to roar them on in arguably the biggest fixture in the history of women’s football in Wales.

“Nobody expected us to be anywhere near this position come the end of seven games. We’ve proved some doubters wrong, some doubters within our own group because they’ve never been able to perform when the pressure was on,” said Ludlow.

“We’re showing now that it’s changing and we’re happy with where we’re at. Can we get better? Yes. And if we do that then we’ll challenge anybody on our day.

“If someone had said to me when the draw was made we’d be one win away from qualifying with a game to go, I would have fallen off my chair. Sometimes the smaller nations step out and do extremely well and prove themselves – that’s what we’ve done.

“The result is more than we asked for. We’ve been the queens of the 1-0 so to get three, it’s absolutely fantastic, it’s what the girls have deserved.”

Two goals from Kayleigh Green and a Tash Harding strike earned Wales one of their greatest victories to date and pushed them closer to qualification. Ludlow’s side have won five of their seven Group 1 games to date and have yet to concede a goal, boasting the best defensive record in qualification along with the Dutch.

Green scored in the 48th and 59th minutes to add to her matchwinner against Bosnia-Herzegovina last Thursday and Harding rounded things off with a third in the 68th minute. A decision one where the game against Phil Neville’s England side will be played has to be made by 2 July.

The win over the Russians came hot on the heels of Wales’ most capped international, Jess Fishlock, being awarded an MBE in the Queen’s Birthday Honours List for her services to football and the LGBT community. Many congratulations to Jess on her thoroughly deserved honour.