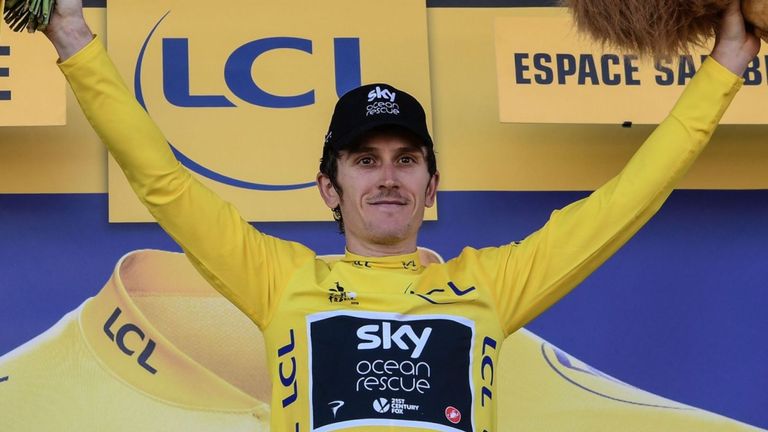 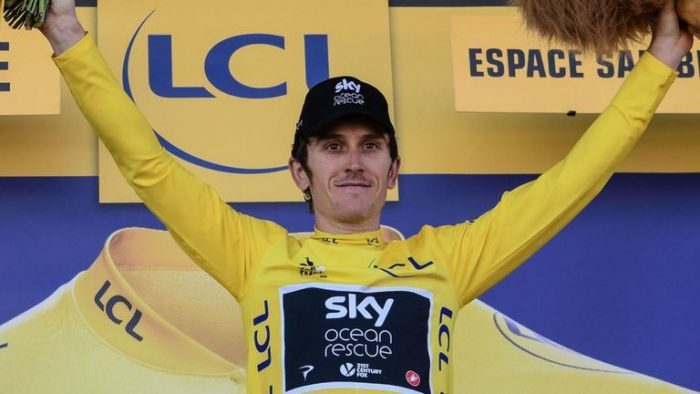 Geraint Thomas declared his victory in the Alps on Stage 11 of the Tour de France that claimed the yellow jersey and the overall lead in the race as the best of his career to date.

Now all that’s left for the double Olympic and Commonwealth gold medallist is to stay out in front for another 10 stages to pull off what would go down as one of the greatest victories in the history of Welsh sport.

Thomas attacked six kilometres from the top of the final climb of the 108.5km stage from Albertville, overhauling rival Tom Dumoulin and then pushing on to catch former team-mate Mikel Nieve, who was looking to win the stage out of the breakaway.

Thomas’ Team Sky team-mate, and defending champion, Chris Froome, was third on the stage, level on time with Team Sunweb’s Dumoulin as they came home 20 seconds behind the Welshman.

Froome, chasing a fifth title, has now moved up to second in the general classification, 85 seconds down on his team mate. Now the big question is which one of Team Sky’s elite riders will go for the win.

Thomas’ second career Tour stage win came after Team Sky massed on the front of the peloton for most of the day. Then he attacked with yellow on the line and powered to a sensational victory as he kicked into the lead inside the final 400 metres to take the stage win.

“I knew it was a good chance, but I didn’t know how everybody else was going to ride. To wear the yellow jersey is always a massive honour,” said Thomas.

“I managed to do it last year but to do it two years on the trot is really nice. “It’s unreal, I didn’t expect it at all. We were low on numbers so it was more instinct when I went so we didn’t get caught having to ride.

“I had a little gap and then obviously Froomey could follow the guys then. I committed to go over to Dumoulin and then I could just sit in as Froomey came across.”

Stage 12 is 175.5km from Bourg-Saint-Maurice Les Arcs to Alpe d’Huez back in the mountains. Yellow suits Thomas – let’s hope he can hold onto it.