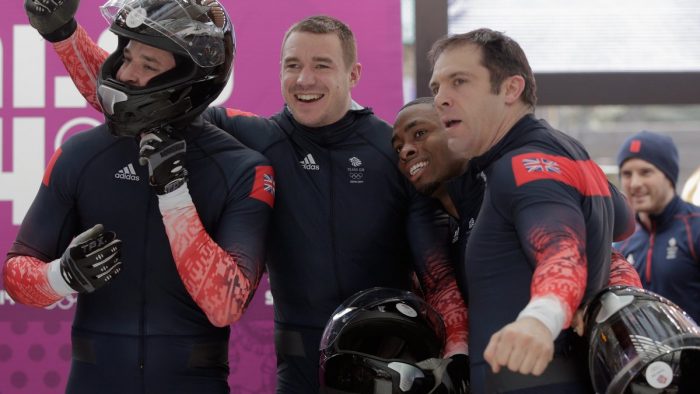 Wales can official boast another Olympic medalist after Bruce Tasker and the rest of Team GB’s four man bobsleigh team from the 2014 Sochi Winter Games were finally upgraded to the bronze medal.

It means that Laura Deas reign as Wales’ first Winter Olympic medalist has been short-lived following her bronze medal winning exploits in the skeleton in Pyeongchang, South Korea, last year.

Tasker, a former Welsh international athlete from Pembrokeshire, was due to compete in Pyeongchang before suffering from a stroke. He was part of the team with John Jackson, Stuart Benson and Joel Fearon in Sochi four years earlier that originally finished fifth, just 0.11 off the bronze medal.

Now the disqualification of the athletes in both Russian sleds that finished ahead of them for doping offences means that the British crew are now officially Olympic medallists. The confirmation also means that Latvia are now the official gold medallists with the USA given silver.

Russian athletes from the Games were originally investigated following publication of the McLaren Report in 2016 with athletes from both sleds disqualified in November 2017. The decision was then upheld by the Court of Arbitration for Sport.

The British Olympic Association will now work with the athletes to decide when and where to award them their bronze medals. Tasker officially retired from the sport in October last year.

As well as a Winter Olympics, Tasker competed at six World Championships and was part of a four-man crew that achieved fifth-place finishes at three successive global championships. He was also part of the team that won the silver at the World Cup event in Lake Placid in 2013 and in November 2017, he won a World Cup bronze at Park City, Utah.

“Recognition from the IOC of the Sochi 2014 Winter Olympic four-man bobsleigh result is a big step forward to us receiving our Olympic bronze medal. Disappointingly, it is a medal we should have received on an Olympic podium in 2014,” said Team GB member, Jackson.

Mike Hay, Team GB’s Chef de Mission from Sochi 2014 and Pyeongchang 2018 said: “John, Stuart, Bruce and Joel have waited over five years for official confirmation for what I’m sure they’ve known all along. Their patience and dignity throughout this time is to their huge credit and it’s incredibly pleasing to finally be able to refer to them all as Olympic bronze medallists.”