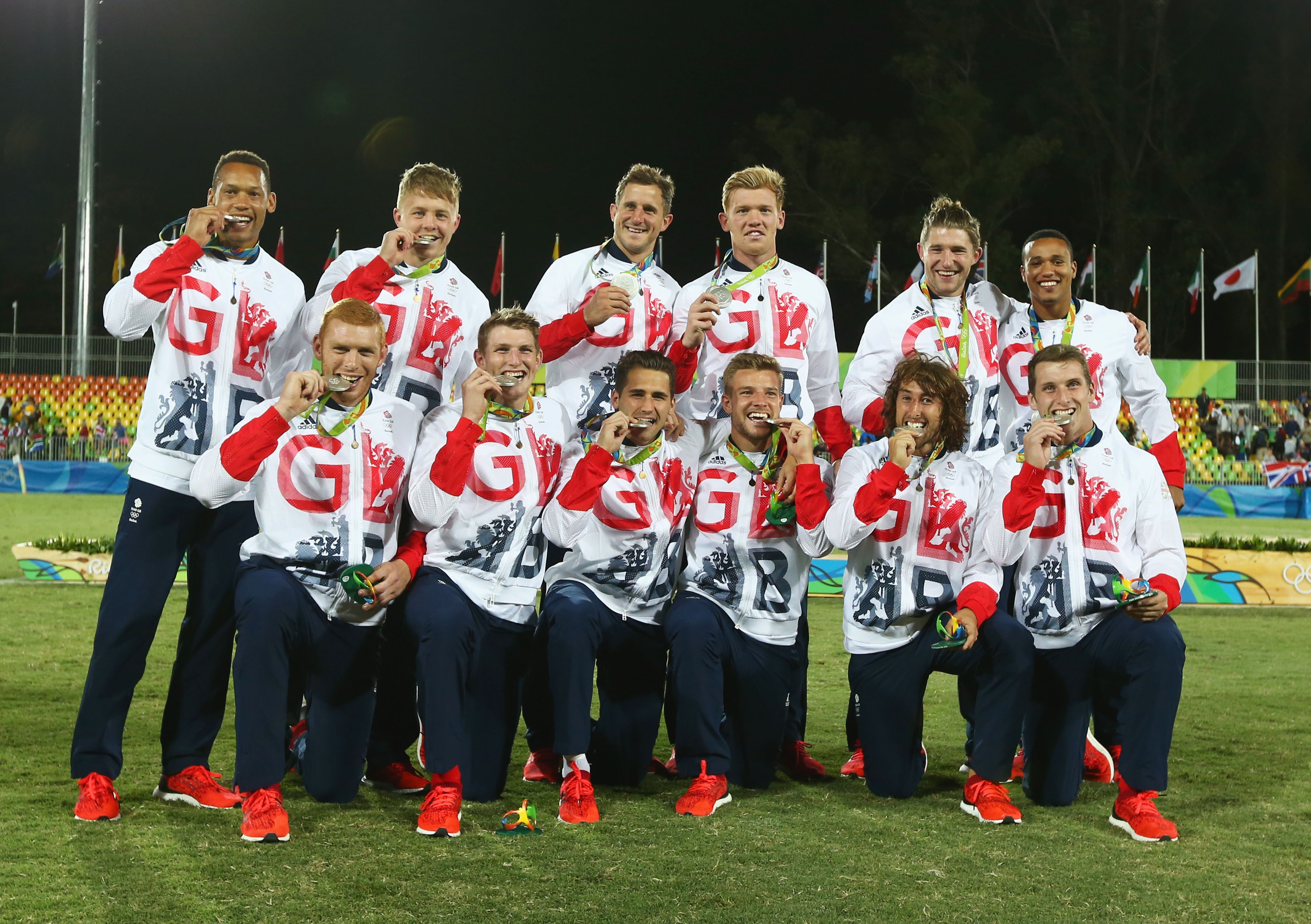 James Davies and Sam Cross will return to Welsh rugby as Olympic silver medallists after Team GB reached the final of the Rugby Sevens tournament in Rio.

But despite beating Kenya, Japan, New Zealand, Argentina and South African en route to the final, Team GB found the flying Fijians too hot to handle in the final at the Deodoro Stadium. Nothing was going to deny Fiji their first Olympic gold medal and five first-half tries saw them race into a 29-0 interval lead.

In the end, the back-to-back World Sevens Series champions clinched gold with a crushing 43-7 victory, Dan Norton bagging Britain’s only try late in the second half. But it was still a significant achievement for the British side, who were an amalgam of English, Scottish and Welsh players.

Scarlets flanker Davies gave up the chance to tour New Zealand with Wales in the summer to follow his Olympic dream and was more than pleased to have struck silver in Rio.

“It is the most special feeling I have ever had in a rugby game. We showed a never-say-die gold medal attitude – we have shown it in so many games,” he said after the epic semi-final triumph over the much fancied Springboks.

The last Welsh rugby player to win an Olympic medal was the great Ken Jones at the 1948 Games in London when he helped the GB spring relay squad take silver behind the Americans. Davies started the final and Cross came on in the second half.

Both players made major impacts during the tournament and were a credit to their clubs and country. Next on their sevens agenda could be the Commonwealth Games on the Gold Coast in 2018 with the Welsh team, along with Olympic travelling reserve Luke Treharne.

“It is probably right that Fiji, the team that plays the game so beautifully, were rewarded with the gold and the first medal for their country. The way they played in that final was absolute dynamite,” admitted Team GB head coach Simon Amor.

“I’m so proud of my boys. They gave so much, every single time, and unfortunately the last game was just one too many, but I have never seen a team play with such heart and fight. It has been amazing.

“We always knew we would have 10 weeks to make this work, and we had a lot of rugby in the build-up. It has been an interesting journey. We knew we had talent, and the team spirit was extraordinary.”

Fiji got off to a flying start and skipper Osea Kolinisau went over in the corner for the opening try. Jerry Tuwai got their second and Jasa Veremalua’s effort made it 17-0. Soon after, ex-Glasgow Warriors lock Leone Nakarawa latched onto loose possession to cross for try number four and Vatemo Ravouvou scythed through GB defence for the fifth of the half to make it 29-0 at the beak.

Josua Tuisova bagged the Fijian’s sixth to take the score to 36-0 before Norton crossed wide out for a consolation score that Marcus Watson converted. But Fiji had the final say as Viliame Mata stretched over for their final try to put them in seventh heaven.

Team GB’s Dan Bibby said he was proud of his team mates and hoped their performances would inspire people to play the sport.

“I have every single emotion right now,” Bibby told BBC Sport after the final. “Unfortunately we didn’t make it to gold but I’m so proud of all the boys and what they put into this was outstanding.

“We had 10 weeks to do this and I knew it would be a bloody tough challenge. We had umpteen meetings about having a gold-medal attitude. We’ve beaten the hell out of each other in training so it was nice to do it to other teams.

“I think the sport deserves to be here and it’s here to stay. If it can inspire women and boys out there to be sevens players, that makes it for me. It’s awesome.”