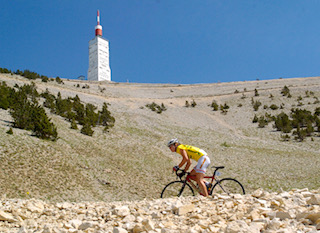 Geraint Thomas will get the homecoming he deserves in Cardiff today following his epic win in the Tour de France, but he isn’t actually the first Welsh cyclist to taste victory in a Grand Tour.

Due credit should be given to the Olympic and World road race champion Nicole Cooke for being the first British rider to win the women’s version of the Giro d’Italia and the Tour de France. In fact, she won the latter race in successive years in 2006 and 2007.

She won the Giro in 2004 and, of course, went on to be crowned the greatest British road racer of all-time when she won the Olympic title in Beijing in 2008 and followed that up a few weeks later by adding the world crown as well.
Nicole’s desire to conquer the toughest of events in the world was fired when her father, Tony, took her to see the women’s two-week long tour in France some 20 years ago. She made her debut in the 2002 race, but missed out in 2003 and 2005 because of injuries.

She wasn’t the first Welsh cyclist to compete in the female equivalent of the Tour de France. Claire Greenwood competed in Tours in Germany, Italy, Spain, Norway, Japan, United States, Canada, eastern Europe and was involved in the Grande Boucle Féminine between 1984 and 1989, finishing seventh in one year.

Nicole’s first Grand Tour triumph came in Italy in 2004, when she took part in the 10-day Giro race organised under official UCI guidelines. The event started on a Friday with a late afternoon stage and ended with a grand finish in Milan on the following Sunday.

Having won in France in 2006 and 2007, she finished third in 2008. She also had to face some fierce mountain stages comparable to those tackled by Geraint this summer. The toughest stage of this year’s men’s Tour de France was stage 12, which Geraint won, and it featured three mountains – Col de la Madaleina at 2000 metres, the Col de la Croix Fer at 2067 metres and the Alpe d’Huez at 1838 metres.

In 2008, the last time Nicole rode, the final stage featured these three beasts – Col d’Izoard at 2360 metres, the Col du Montgenevre at 1854 metres and Sestriere at 2035 metres. She had to try to claw back more than two minutes on the final stage to retain her title, so she attacked on the Izoard, rode alone up the Montgenevre, but was caught in the closing kilometre up to Sestriere.

Her aggressive style of riding won her world wide acclaim and Tony recalls a incident that highlights her steely attitude perfectly:

In 2010 in France I was with Nicole at a one day race when a race marshal came over and said he wanted to speak to her. He explained that he had not seen her since she had won in 2007. That day he was assigned to the car following Nicole and he told her that day she rode the most exciting race he had ever witnessed. Her descent off the Tourmalet was the most daredevil, risk taking, most skilled bike riding he had ever seen. He described how that at one corner he thought she was going to die. Early on the bend she was within centimetres of the broken road edge with an unprotected drop outside her. He thought she was going too fast. At another bend he recalled how a misjudgement forced her to lose the racing line and just get more upright and apply full brakes. This time, when she hit the low stone barrier at the edge of the road, he thought she was going over. Instead she hit the low wall and skidded along with her foot sliding across the top surface of the wall. Nicole told him that her own view at the time was that she was going to go over the top and down the mountain the other side. But he added, ‘after that you just clipped your foot back in and went into the next corner flat out as if nothing had happened!’

On that final stage Nicole made up four minutes on Emma Pooley on that one descent and got within sight of the race leader, Priska Dopman. At the finish she was with Dopman and she won the Tour.

Wales will today salute Geraint Thomas, but will also remember the magnificent exploits of Nicole Cooke. They stand shoulder-to-shoulder in their golden achievements that have brought so much sporting glory to their country.