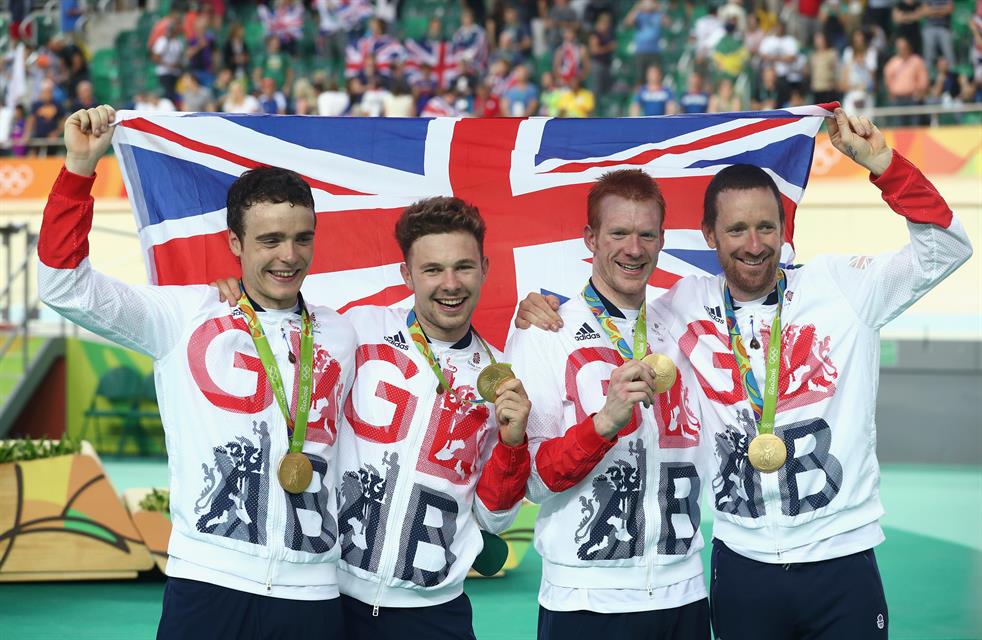 If you are going to win an Olympic gold medal then you might as well add a world record for good measure.
That was what the Team GB 4-man team pursuit squad managed to do in Rio as they elevated Sir Bradley Wiggins to the most decorated British Olympian with eight medals, five of them now gold, and provided young Welsh cyclist Owain Doull with his first taste of Olympic glory.

Doull is yet another product of the Maindy Flyers programme in Cardiff, which hopes today to see another star pupil, Elinor Barker, follow in his footsteps. She, too, helped the British quartet take the world record away from the Australians in qualification.

Geraint Thomas, who finished 11th in the road race and ninth in the time trial in Rio, is another alumni of Maindy Flyers who has already provided won two Olympic golds on the track while Nicole Cooke paved the way for Barker with her road race triumph in Beijing in 2008.

Not a bad return for a club based at the home of the 1958 track cycling events at the Empire and Commonwealth Games in Cardiff. The club remains one of the most successful junior outfits in the country.
But back to Doull. At 23 years of age he joins Thomas as a Welsh Olympic champion and could go on to emulate his track double in Tokyo in four years time. He also picked up plenty of plaudits from his illustrious team mate, Wiggins.

“It is hard to come off the track after only two minutes and not spout a load of clichés and emotional stuff, but over the last 12 months we have done pretty much everything together – training camps at altitude, early morning starts at the track and late night finishes at the track before Christmas Day,” said Wiggins.

“And it was all for this – we are here and we’ve done it. I would never have come back if we didn’t have the calibre of these athletes. I’ve always said that Ed Clancy and Stephen Burke are two of the most underrated athletes I have ever worked with and then you have someone like Owain.
“Doully reminds me of a young ‘G’ (Geraint Thomas) and can do anything in the sport. Nothing fazes him especially not an Olympic final at such a young age.
“When you are with guys on the line like that it makes your job so much easier. I realised what we were going in to, and that adds nerves, but these guys were bouncing off the ceiling.”
The British team cracked their own world record twice in Rio and the last seven world bests have gone to British teams that have included a Welsh rider – five with Thomas and two with Doull.

From 3 mins, 56.322 sec in Manchester in 2008 the British squads have now brought down the world record to 3.50.265. Three Olympic gold medals in a row and Doull, no doubt, will have a fourth in his mind when he returns home to a heroes welcome.