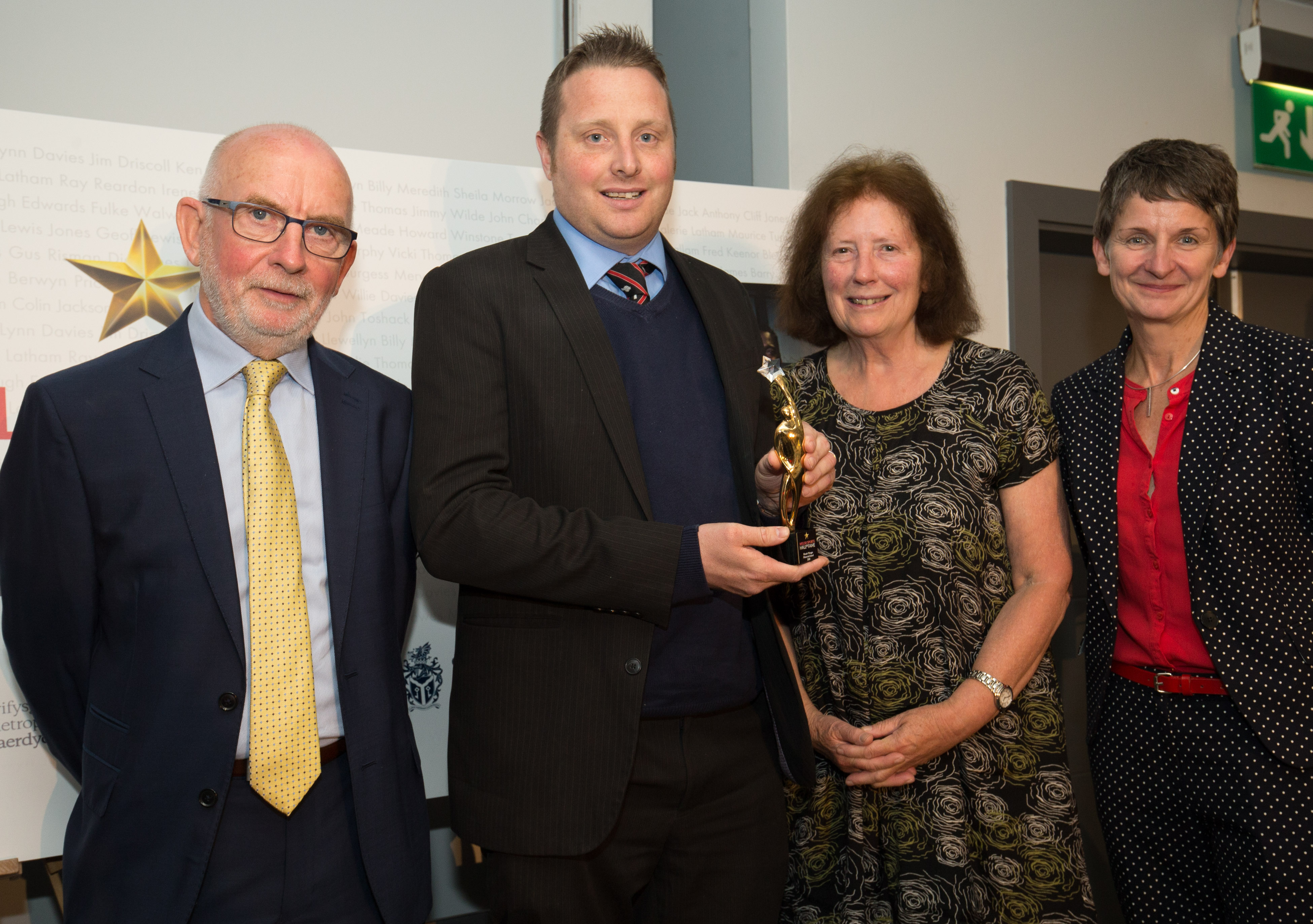 You can win an Emmy, a Grammy, a Bafta or a Golden Globe and you can also pick up an Olivier and, of course, an Oscar. They are all from the world of music and entertainment, but now there is a new award on offer that it is hoped will become equally as embedded in the Welsh sporting culture.

In searching for a suitable way to honour the memory of our former chair, Rhodri Morgan, who loved nothing better than a bit of political drama and sport in all its rich and varied forms, the WSHoF committee decided to name an award after him.

Hence, one of the highest accolades anyone will be able to attain in Welsh sport will become, we hope, a ‘Rhodri’. We had a very special winner of this prestigious award at the 2018 Roll of Honour, one of which we know our dearly departed chair would wholeheartedly concur.

It was a very special moment for the Welsh Sports Hall of Fame and a huge endorsement for the work of the winner – a priceless pat on the back from a thankful nation of sports lovers that was so richly deserved.

The announcement of the inaugural winner of the Rhodri Morgan Memorial Award was made by the chairman of Sport Wales, Lawrence Conway, a man who worked alongside Rhodri at the Welsh Government for more than a decade.

Which city can lay claim to truly being the sporting capital of the world? Is it London, Manchester, Paris, Sydney, Rome, Auckland, New York, Moscow or Tokyo?
You can argue amongst yourselves about the worthiest candidate, but we feel that Cardiff has to be included in the debate. The case for the Welsh capital’s inclusion in any list of the world’s greatest sporting cities is compelling and has been further underlined this year.
2018 has seen three Cardiff teams bring back major silverware to the city. That was great news for Welsh sport, but this year has also seen the Principality Stadium host its 300th Welsh rugby international and welcome back Anthony Joshua for yet another World Heavyweight title fight.
The Volvo Ocean Race came to town for the first time this month – the world’s elite yachts travelling from Newport (Newport, Rhode Island that is) to Cardiff in another spectacular exhibition of what this great city by the sea can host.
Last week we had the Australian cricketers in town for a One Day International against England and next month the Indians are at Sophia Gardens for a T20 Test. July also sees the British Speedway Grand Prix bring the world’s best riders back to Wales for the 18th consecutive year.
Later this year we will see the 60th anniversary of the Empire and Commonwealth Games being celebrated by the hosting of the inaugural Commonwealth Half Marathon Championships as part of the 25,000 strong Cardiff Half Marathon; there will also be another edition of the Velothon Wales featuring 8,000 riders and the Spanish football team will be here to play Wales in October.
In recent times we’ve seen the UEFA Champions League Final in Cardiff, Olympic Games football, a Rugby World Cup Final, the World Half Marathon Championships and Ashes Test cricket – no other City of a similar size has hosted all these events!
And so, the first ‘Rhodri’ is dedicated to the city that the former Welsh Sports Hall of Fame Chairman served with such distinction and dedication for so much of his life as the MP & then AM for Cardiff West. He loved this city and adored the many sporting idols – local, national and international – who graced the plethora of world class venues that serve our capital city.
I am delighted to announce that this very special award goes to the City of Cardiff and I congratulate them on almost two hundred years of superb sporting provision for their citizens.