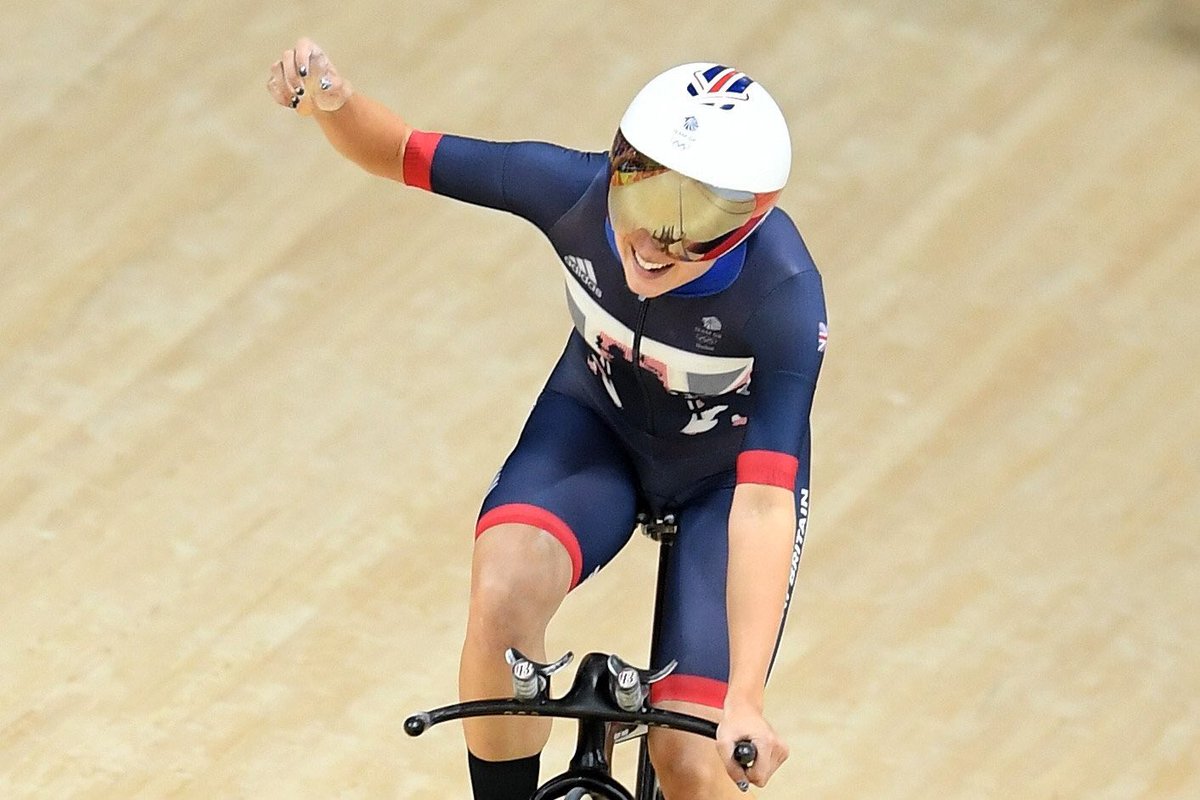 Elinor Barker and Ciara Horne are part of the Team GB 4,000 metre team pursuit squad and they warmed-up for the final in Rio by breaking the world record once again. The Aussies had temporarily taken it from them, but a magnificent ride in qualification saw it recaptured by the Brits.

The ‘awesome foursome’ of Joanna Rowsell, Laura Trott, Katie Archibald and Barker laid down a marker on the Rio track with a time of 4 mins, 13.26 sec that not only cracked the Aussies’ old world best, but put them a second ahead of their nearest rivals.

Even though she only turns 22 in September that was Barker’s seventh world record. She already has two World and two European Championship gold medals to her name, as well as a world junior time-trial title, and picked up a silver and bronze at the 2014 Commonwealth Games with Wales.

But now she and Horne stand on the verge of joining a group of only three Welsh female athletes who have struck Olympic gold – Irene Steer (4 x 100 freestyle, 1912), Nicole Cook (cycling road race, 2008) and Jade Jones (taekwondo, 2012).

As for Barker, whose younger sister Megan is already a European Junior champion in the same event, she took her inspiration from one of those golden girls, Cooke. They both started at the same cub, Maindy Flyers, and could both end up being Olympic champions.

“One of my most prominent moments of the Olympics for me was seeing Nicole Cooke win in Beijing. She started at the same club as me, we knew a lot of the same people and we were in a lot of the same training groups,” said Barker.

“To watch her win gold was incredible. It was one of the first bike races I ever watched from start to finish and it was amazing.”

One of the other races she watched in its entirety was the gold medal winning effort from the British squad in London in 2012. No sooner had she seen Trott, Rowsell and Dani King take the team pursuit title than she went out and struck gold herself at the junior world championships in Holland.

“I watched them win a day or two before I rode in the junior world championships and that really inspired me. I never thought that would be me riding with them in four years time in Rio – it’s a pretty abstract concept,” added Barker.

Well, she is there with them now, riding on equal terms and chasing her dream of winning an Olympic gold medal.