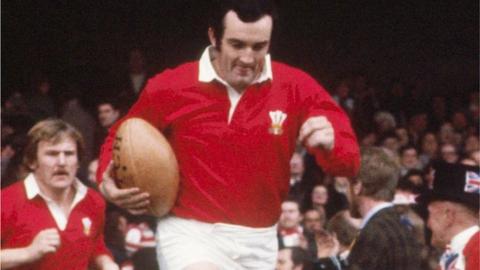 Phil Bennett captained Wales to the Grand Slam in 1978 and then led the British Lions to New Zealand the following year. He won 29 caps for Wales and made his debut in Paris in 1969 when he became Wales’ first international replacement.He stepped seamlessly into the boots of fellow ‘Roll of Honour’ inductee Barry John for Wales in the 1970s Golden Era. In his last match for Wales, the 1978 Grand Slam decider against France, he scored two tries to set the seal on what was a fantastic career wearing the scarlet shirt of Wales.

A full biography of Phil Bennett will appear here shortly.