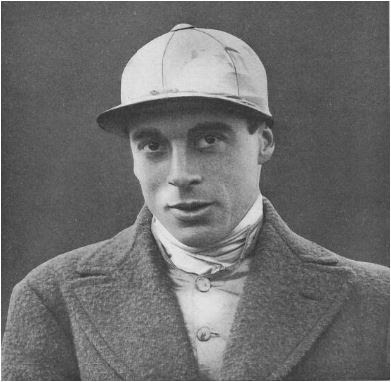 Jack Anthony was born and raised on a Carmarthenshire farm and was the youngest of three jockeys who all rode in the Grand National. Between them they picked up 10 finishes in the top three. Jack rode his first winner in 1906 at the age of 16, made his Grand National debut in 1909 and won the race for the first time by 20 lengths on Glenside in 1911. That was the first of three wins at Aintree – Glenside (1911), Ally Sloper (1915) and Troytown (1920) – as he became only the third jockey in history to complete a hat-trick of wins in the world’s greatest steeplechase. He turned professional in 1921.

Ivor Anthony was fourth in 1906 on his debut in the Grand National and finished third in 1912, 1917 and 1918. He then went on to train the winning horse in 1933 (Kellsboro Jack) and 1930 (Royal Mail), both with Welsh jockeys in the saddle in Dudley Williams and Evan Williams. He also trained the winner of the Welsh Grand National on three occasions and was Champion Jockey in 1912. Owen Anthony finished second on Irish Mail in 1913 and trained the 1922 winner, Music Hall.

IN 1914, all three Anthony brothers took part in the race. Jack was sixth, but both Owen and Ivor fell. They were some family, although Jack was the outstanding rider.