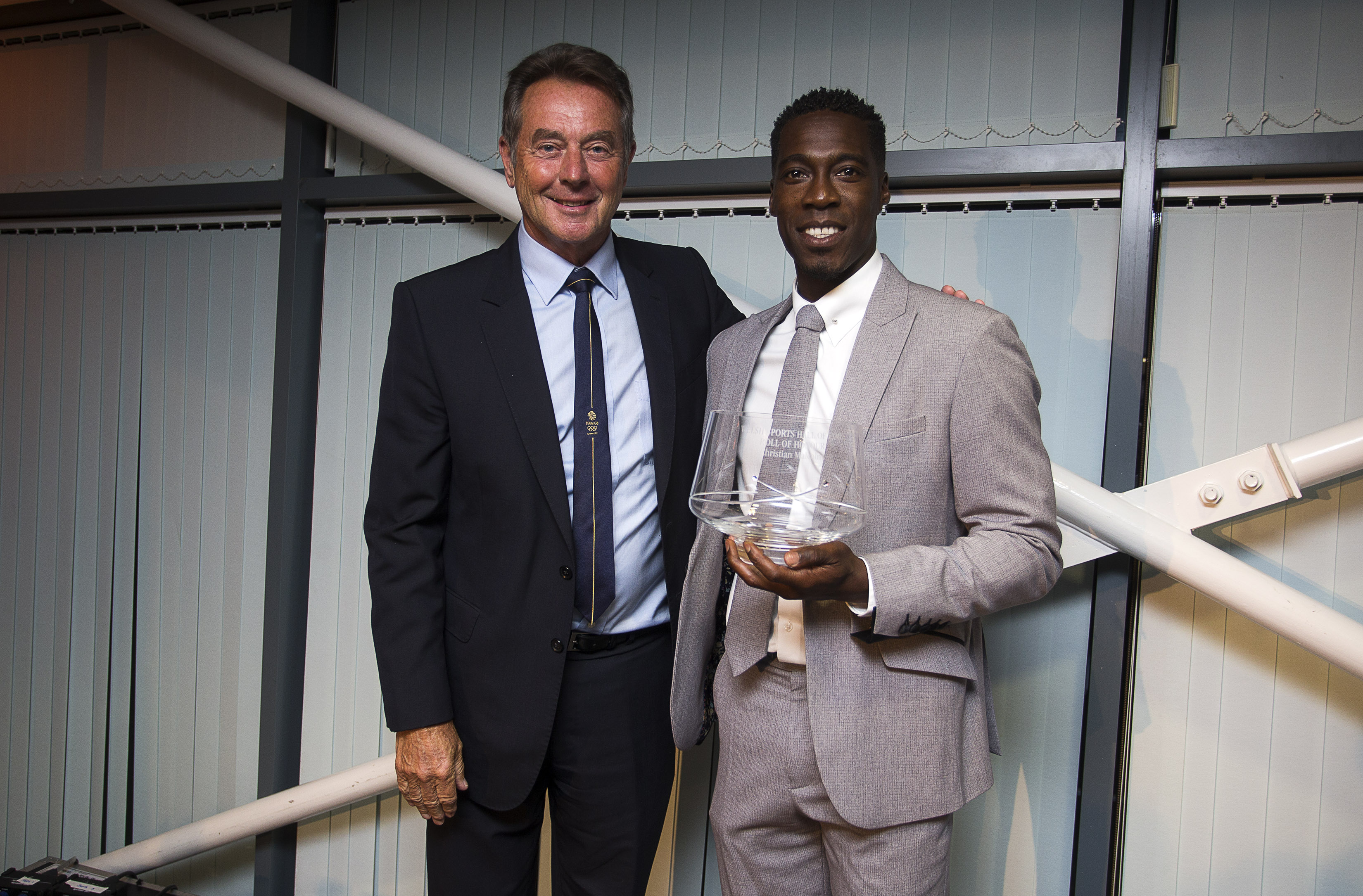 Christian Malcolm is one of the all-time greats of Welsh athletics having held the Welsh record for 100 and 200m since 2001 (10.11 / 20.08) , and reached the Olympic 200 metre final twice. He had a period of four years where he could claim to be the UK’s top 200 metre runner. He ran against all the giants of his era, missing out on facing Carl Lewis among the world’s top 10 fastest men.

Injury robbed him of the chance to make the Welsh team for Glasgow in 2014 for what would have been a record breaking fifth Commonwealth Games for a Welsh athlete. He remained on four appearances with Ron Jones, Steve Jones Colin Jackson and Berwyn Price and shares with Colin Jackson the record number of appearances at the Olympic Games by a Welshman, with four.

His exploits on the Welsh and UK scene as a junior were well known locally, but he made his presence felt on the world stage in 1998 when he became only the second athlete behind the eventual world 200 metre champion, Ato Bolden, to claim the sprint double at the World Junior Championships.

He struck double gold in personal best times of 10.12 sec and 20.44 sec, the former being a Welsh senior and UK junior record. His winning margin of 0.22 secs over Amar Johnson of the USA in the 100 metres was the greatest margin achieved at the time. His winning distance in the 200 was also startling – almost half a second ahead of Jairo Duzant. Since then only two other British athletes – Harry Aikines-Aryeetey (2006) and Adam Gemili (2012) – have won World Junior sprint titles.

These outstanding performances made Malcolm the IAAF Junior Athlete of the Year in 1998.
Later in 1998, in Kuala Lumpur, he went on to appear in his first Commonwealth Games, winning the silver medal in the 200 metres in a Welsh senior and European Junior record time of 20.29 sec. He took another Commonwealth medal when winning bronze over 200 metres 12 years later in Delhi. Only one other Welsh athlete has won an individual sprint medal at the Commonwealth Games – fellow Roll of Honour member Ken Jones, in Vancouver in 1954.

Arguably his finest year was in 2001 when he missed a World Championships silver medal in the 200 metres by just 3/100ths of a second in Edmonton. His 20.22 sec time was, in fact, only good enough for fifth behind winner, and subsequently disgraced, Kenderis of Greece who won in 20.04. The second and equal third placers – Chris Williams, Shawn Crawford and Kim Collins – all clocked 20.20 sec in one of the closest finishes ever seen in a major sprint final. Had he repeated his semi-final form, in which he won in a Welsh record of 20.08 sec, the silver would surely have been his. Earlier, Christian had finished seventh in the 100 metres in a Welsh record 10.11 sec. Both times still stood in 2018 as Welsh records.

Altogether he won nine major medals, including thee golds. He was also an Olympic finalist twice – the only Welsh athlete to have reached an Olympic sprint final. Apart from his World Junior double in 1998, his finest performances on the world stage were when he collected 4 x 100 relay bronze medals at the World Championships in Helsinki in 2005 and Osaka in 2007.

Unlike some of his peers, he was a keen supporter of Welsh championships winning nine senior sprint titles in a career spanning a remarkable 18 years. On retirement he became a non-executive director of Welsh Athletics and a British relays coach, winning the BBC Sports Personality of the Year Coach Award in 2017 after helping to steer the British relay team to a World Championship title.