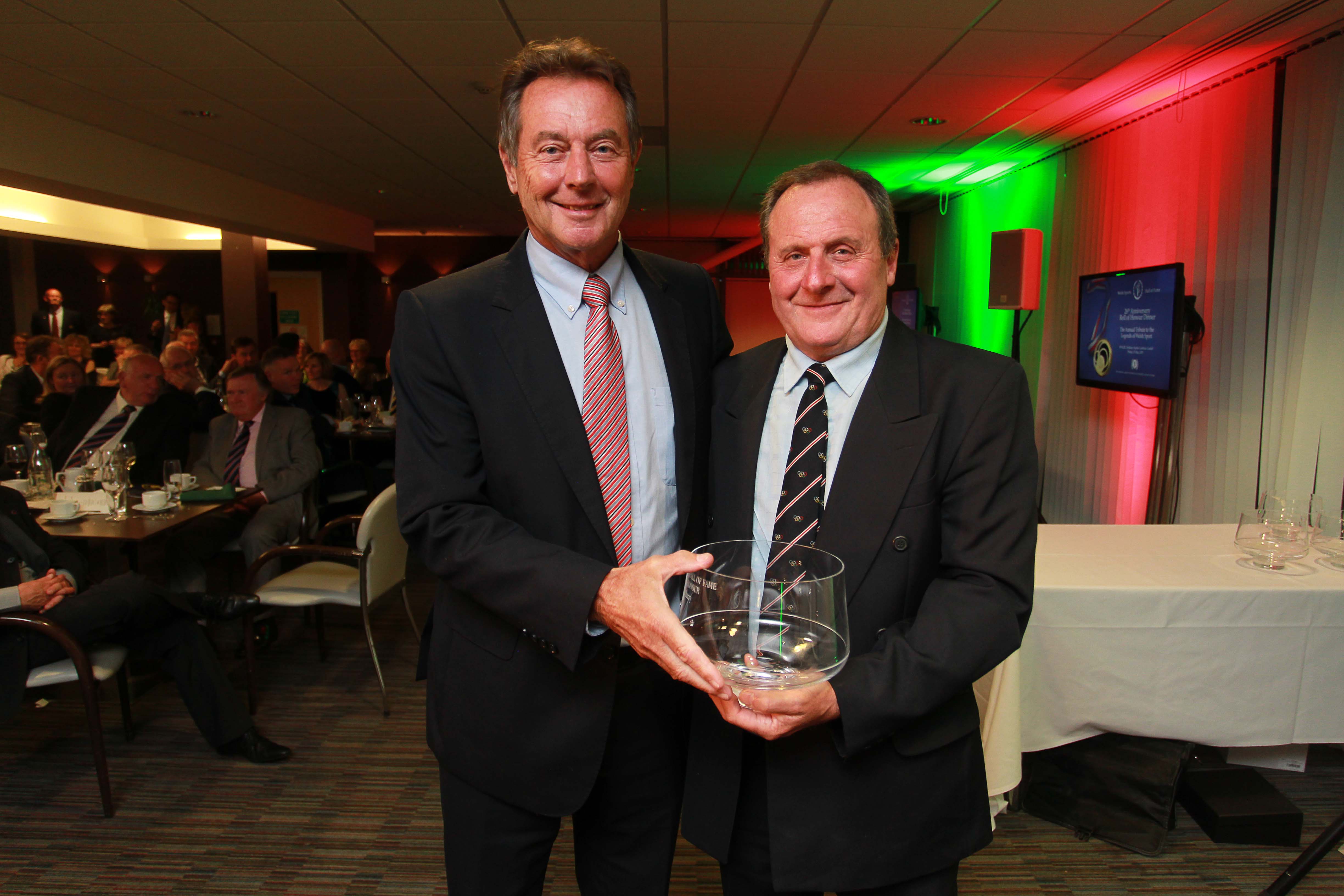 Steve Barry dabbled in athletics as a schoolboy, but never really wanted to follow in the footsteps of his dad, Dai, who had won nine Welsh race walking titles. Race Walking collapsed in Wales as he was growing up and it wasn’t until two clubs former in the late 1970s, Roath Labour and Splott Cons, that the right environment was created. With real rivalry between the two Cardiff-based clubs, the sport began to flourish again.

Steve, meanwhile, had put his head down at work, got married and had begun to turn into a couch potato. Enough was enough, thought Sue, his wife. She bought him some kit, told him his dinner wouldn’t be ready until he had finished his training and daunted him about his father’s success.

It was like a red rag to a bull! Just before Christmas in 1977 Steve, then 27, won a six mile road race in Cardiff and the next month he won over 10 miles in Bristol. Within two years he was a AAA champion and he also led Wales to victory over Scotland in October, 1979, in the first race walking international in which the country had ever taken part.

What started as a challenge from his wife turned into an obsession – to go faster, break more records and keep on winning. Steve’s was the face that every British walker hated to see at the start of every race, although having seen his face all they ever saw after that was his backside.

He became the pied piper for his sport in Wales and in the 1980s Wales won 33 British walking championships – 15 individual and 4 team for seniors + 9 individual and 5 team for the younger age groups. As for Steve, he simply went from strength to strength, setting British record marks in 11 categories, two of which he still holds to this day. He ended with 9 Welsh titles, the same as his dad, but added 4 AAA track titles and 3 UK Championship golds.

He won the Lugano Trophy semi-final in 1981, a huge achievement in a race that is virtually a World Championship, and went to the Commonwealth Games in Brisbane in 1982. He warmed up by slashing 4 minutes off the British 30K road record in winning o the Isle of Man and then destroyed a world class field at the Games.

He led from the first feeding station and eventually took the gold medal by over two minutes in a Commonwealth and Games record time of 2hrs, 10min, 16sec. His victory earned him the Western Mail Welsh Sports Personality of the Year Award for 1982.

He finished 11th at the 1982 European Championships and ended his career with a trip to the 1984 Olympic Games, where he finished 24th over 20K having undergone surgery on his knee a few weeks before the race.

If Steve Jones was the equivalent of ‘Tough of the Track’, then Steve Barry was his match on the roads. If you wanted to beat him you had to do exactly what Steve did – give everything you had to give!