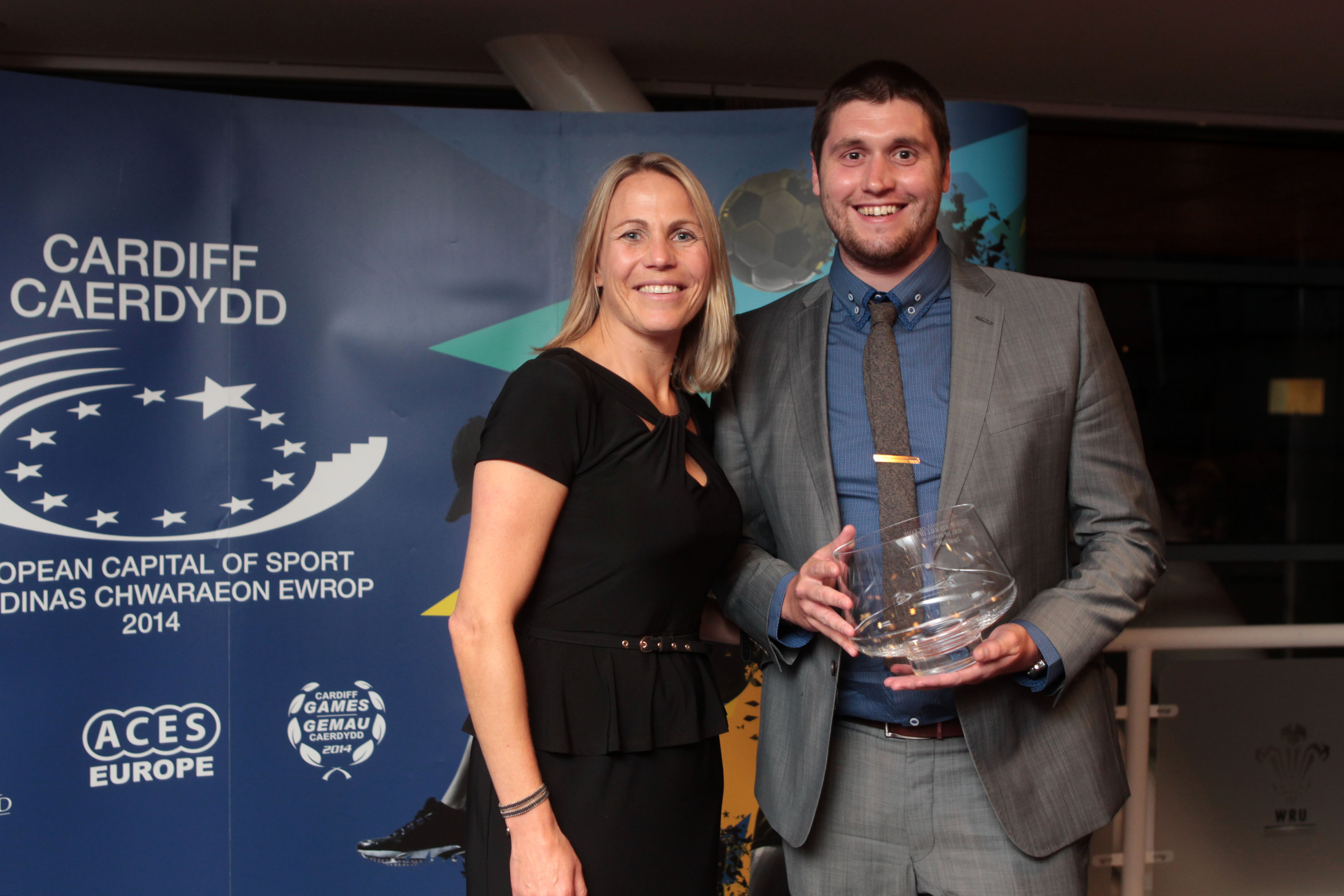 David Davies went from being a European Junior swimming champion to a British senior record holder, double Olympian and, of course, a gold medallist for Wales at the Commonwealth Games. More than that, he managed to succeed, and pick up a bucket full of major medals, in an event in which his main rival was one of the greatest performers of all-time in his sport. But while others might have settled for second best, he simply worked harder to get faster to become more and more competitive.

He was 17 when he went to his first Commonwealth Games in 2002 in Manchester, where he revealed his talent by stripping more than a minute off his personal best to finish sixth in the final of the 1500 metres. The next year he was crowned European Junior Champion and in 2004 he smashed through the 15 minute barrier in the 1500 metres to become world class. All of a sudden things were getting serious.

He went to the 2004 Games in Athens and reached the final as the fastest qualifier for the 1500 metres in the pool in 14:57.03. Others may have set the standard before him, but the precocious teenager from Barry was not going to be intimidated. He threw down the gauntlet in the heats, took up the challenge in the final and led for much of the way. But in his slipstream he had none other than the great Australian Grant Hackett, who used his greater experience to go on and win the gold medal in an Olympic record 14.43.30. Davies came home in the bronze medal position having stripped more than 11 seconds of his previous best to lower the British record to 14.45.95. His was one of only two British medals in the swimming pool in Athens – and he was the new face of the British team.

Dai Splash’, as he became affectionately known, simply got better and better. He won bronze medals again at the 2005 and 2007 World Championships and in 2006 he struck gold for Wales at the Commonwealth Games in Melbourne in the 1500 metres and picked up another bronze in the 400 freestyle. It was silver at the European Championships early in 2008, when he decided to add open water swimming to his schedule in an attempt to double up at the Beijing Olympics.

He reached the final of the 1500 metres, but finished sixth, before taking to the open water. If you took a straw poll of the most heartbreaking Welsh sporting moments there would be a place for Colin Jones not getting the decision against Milt McCrory in their first world title clash in 1983; Paul Bodin hitting the crossbar with his penalty in the World Cup qualifier against Romania in 1992; Cardiff City losing out on the First Division title on goal average in 1924 after Len Davies missed a penalty in the final match of the season; Martyn Williams missing with his kick in the Heineken Cup semi-final penalty shoot-out for Cardiff Blues against Leicester Tigers in 2009.
But you would have to add Davies’ finish in the Men’s Open Water 10 kilometre race at the Beijing Olympics when the boy from Barry led from start to finish, only to find himself pipped at the bell by a fast-finishing Dutchman as he reached out to touch it and take the gold he craved so much. Davesd went from Olympic champion to the most gallant competitor at the 2008 Games in the space of a heartbeat.

The winning margin was a mere second and a half. That can commute to more than 10 metres in the 100 metres on a track and more than five metres in the pool. But after almost two hours of hard slog in open water it is but a blink of an eye. If ever a British sportsman put his heart, soul and more into trying to win a gold medal then it was Davies. He had to be helped out of the water, but stood proudly on the rostrum with his silver medal – the first Welsh swimmer since Valerie Davies 76 years earlier to win two medals at the Olympic Games.